Parable of the Empty Harvest part I 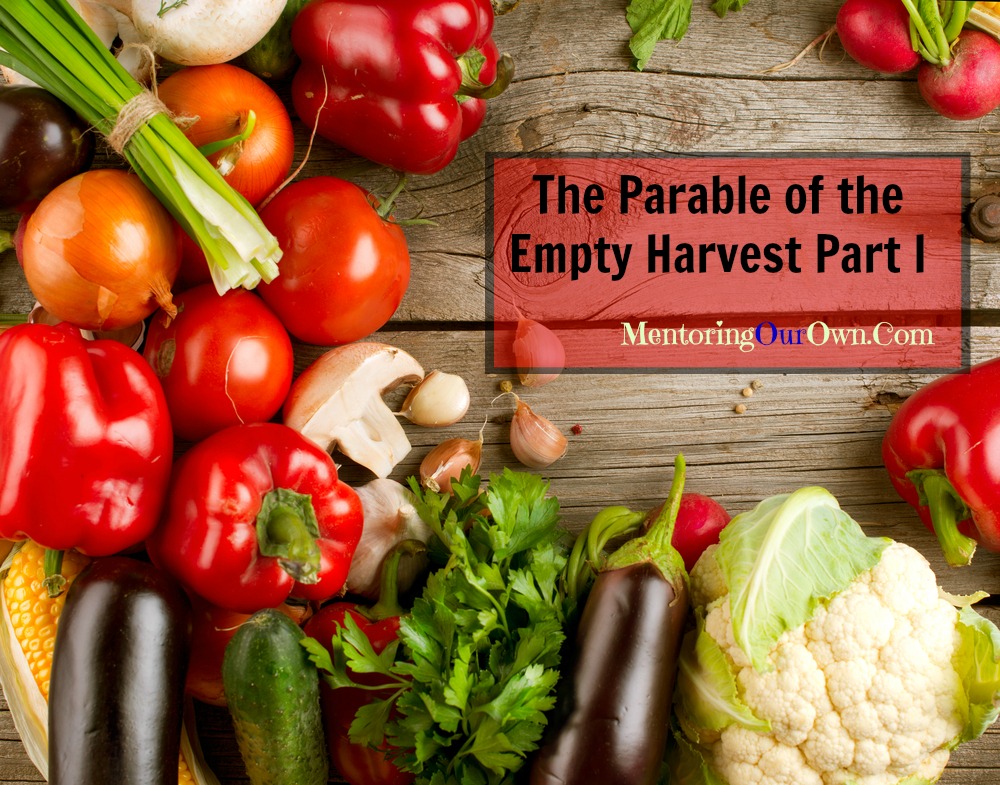 There once was a farmer that lived on the outer edge of a small city. Each summer, he would plant his fields in corn. The people in the city loved his corn. His acreage was quite large. It was too difficult to grow many different types of crops. So, he chose to specialize in growing corn. He had to use large farm machinery and a commercial irrigation system to get all of the work done. He built a large barn to store his machinery in. His farm was efficient. He always had a good crop for the summer farmer's market in the city.

To the west of this farm was a small neighborhood. A certain man from that neighborhood was out for a walk one day. He viewed the beautiful corn plants, in nicely spaced rows. This man decided right then and there, that he would start a garden. Inspired by the lovely corn fields, this man went off to the city to purchase all of the needed supplies and equipment. He went to a hardware store and purchased small scale farm equipment to set up a small corn farm in his back yard. Then he went to a plant nursery and bought a bag of the same kind of corn seed and chemicals that the farmer used. The man went home and got to work. First, he tore out the velvety green lawn in his back yard and tilled the earth. He installed an automatic water irrigation system, and set it on a timer. He planted his corn and felt very happy. He could almost taste the corn! He was now a "new gardener."

This "new gardener" took another walk on one of those fine sunny days, which so often graced his community.

He walked pass his neighbor's home to the south. The neighbor's gate was open and his neighbor waved to him, and bid him to come. When he got to his neighbor's back yard, he saw the most colorful and bountiful garden he had ever seen. It was not planted in rows. Instead, it was planted in neat little square-foot garden of grow boxes. The neighbor had 64 corn plants growing in a 4 x 4 foot square! They were a short season corn that produced two ears of corn per stalk. The neighbor had a salad garden, lined and intermingled with flowers and herbs. The neighbor had a canning garden, with trellised tomatoes, beans, cucumbers, and colorful peppers. This neighbor's bountiful garden was beginning to come into harvest. This was the garden that fed his neighbor's small family, quite well. They had no expensive equipment. They hand watered from five gallon buckets that they had let sit out all day, so they would not shock the plants with either chlorine or cold water. There were not that many weeds, because the square foot gardener had made his own soil. The few weeds that did grow were almost effortlessly snipped of with scissors. They composted and rebuilt the soil. Now this made our "new gardener" excited. The "new gardener" went home and yanked up his all of his corn plants, then put his tools and sprinkler system in the shed. He then went out to purchase all he needed to set up a square foot system in his back yard. The "new gardener" came home, built the grow boxes, and then planted his seeds. The "new gardener" was proud of all the pretty boxes.

There was a greenhouse in his back yard! This neighbor to the north used a hydroponics system. No weeds! Food year around! The "new gardener" just knew that this was the answer. He ran home full of hope. Yes, you guessed it! He pulled out his entire square foot system; plants and all! He put all of the parts in the shed. He went into town and purchased a large green house. He went to the hardware store and bought more tools. He went to the garden shop and bought liquid plant food and seeds. He went home and set the whole operation into action. Boy, was it impressive! He was joyful and full of hopeful anticipation.

In August the "new gardener" took another walk. Oh my! The farmer to the east had harvested his corn and took it to market. The square foot gardener was getting his third crop in. His greenhouse neighbor had a lush garden. The "new gardener" was tired.

The greenhouse had proven to be too much work, as well; measuring nutrients, watching the temperature, opening and closing vents. What was our "new gardener" to do? He then noticed his neighbor to the west. That neighbor had a huge family and a wonderful garden.

The neighbor to the west had long raised beds, covered with fabric mulch to keep the weeds away, and a drip irrigation system. He fed his plants colloidal minerals in a water solution. These in deed were healthy plants. The "new gardener" thought," no weeds, large plants, no watering hassles (it is on a timer), almost no work!" "This has got to be the best system ever devised!" he thought. So, home he went. Down came the greenhouse. The shed was full, so he stacked everything outside. Out came all of the plants too. Back into town he went. Home he came with everything he needed. He worked long and hard. Finally, everything was planted. He could rest now. The plants would practically grow themselves.

Harvest time came, but not for our "new gardener." While his neighbors all picked a method and worked it with consistency. Our "new gardener" had been unwise. He was ever looking for something better, he was always changing to a better method. The winter came and he had nothing to harvest. His shed was full of partially used equipment. His plants were too young to harvest. He had spent all his time, money and energy trying to have the best garden. To make matters worse, he was impatient and had tried to rush things. He poured a whole season's worth of fertilizer on the garden one day. He did not have time to get the water going. So, he decided he would work out that automatic system on Saturday. He could flood it then, to make up with the lack of watering. After all, it worked in the orient for their rice paddies! Well, he burned the crop and then drowned it. He was left with an empty harvest; and he was sad.